My guest today is prolific author, Christy Tillery French. Christy, thanks for dropping by. Please tell us more about you.
I’ve published eight books to date. I’m happy to state several have won awards and two are internationally published. I co-own with my husband two small businesses and am a book reviewer for Midwest Book Review. I am a volunteer with Wolf Creek Weimaraner Rescue and donate proceeds from my books to local shelters and rescue groups.

When did the writing bug bite, and in what genre(s)?
I’ve loved writing since the fifth grade when I was asked to start a newspaper for my elementary school. I didn’t actually begin to write books until my kids were grown enough that they didn’t need me constantly. My first book was a romantic comedy, which is my favorite to write. I’ve since published in several genres: psychological thriller, romantic suspense, as well as humorous mystery. But in all my books, romance is a strong element.

What are your writing goals?
Readers! Lots and lots of readers! I’d also like to earn a viable income from writing. If not, I’m having fun, so I’m not complaining.

Briefly tell us about your latest book.
The Bodyguard and the Snitch, number 4 in my Bodyguard series. In this installment, protection specialist Natasha Chamberlain thinks guarding a defense attorney from a disgruntled client should be a fairly normal job, but when she learns he’s been targeted by the mafia, she’s ready to call it quits. However, the attorney holds her to their contract and Natasha finds her own life placed in danger, along with her bodyguard cohorts Pit and Bigun.

What are your protagonist’s strengths? Flaws?
Strengths: My bodyguard sees herself as protector of the innocent and is zealous in her attempts to protect her clients. She cares about animals, especially dogs and horses. She loves deeply and is loyal and very independent. She’s tough physically but has a soft heart. Flaws: She’s too spontaneous at times, is overly zealous, young and a tad naïve. She has a bit of a temper. She has no patience for people who are cruel to animals or humans and is quick to confront them over it. Well, actually, I don’t count that last one a flaw.

Where do you write? What do you have around you?
Usually in my office at home, where it’s the quietest. My husband built and installed a large, L-shaped unit which butts up against two walls and has abundant workspace and bookshelves. Occasionally, I write on the back deck of our houseboat, which I find calming (I am drawn to the water). Always nearby: my Weim, Emma.

What are your current projects?
Actually, doing three at this time. Of course, the next installment in the Bodyguard series, The Bodyguard and Bridezilla. This idea came to me during the one-year (!) planning phase for my daughter’s wedding. Meghann is a perfectionist, very detail oriented and meticulous. She formulated a timeline (I suspect the very day she got engaged) and we stuck to it, no matter what. At times, she got a little, shall we say, overworked about things. Towards the end, her friends would run when they saw her coming. I tried that but wasn’t fast enough and could never get away in time, so found myself in the role of soother and doer, trying to keep my daughter’s nerves under control while taking care of problems that came up. I’m happy to say the wedding came off beautifully and I gleaned a lot of good things to use in the book.

I’m also working on an apocalyptic romantic suspense about a future world in which the great majority of the population has been decimated.

My sister, Caitlyn Hunter, and I are doing a faction together about our Great Aunt Bessie, who grew up in the mountains of North Carolina. Her father (our great-grandfather) was marshal and tax collector of Hot Springs, NC, and the stories our dad tells about Bessie and her father and the colorful mountain folks around them are funny and heartwarming. This is our way of ensuring those great stories don’t end with our dad but will continue on.

I love Hot Springs and set one of my own books there. Cool!
Where can folks learn more about your books and events? My websites: http://christytilleryfrench.com or http://www.authorsden.com/christytfrench.

All my books are available at online stores such as Amazon, Barnes and Noble, Fictionwise, etc. If they’re not on-shelf at brick-and-mortar stores, they should be in their system.

Christy, I appreciate the interview. Continued success with your writing and endeavors with Caitlyn as well. 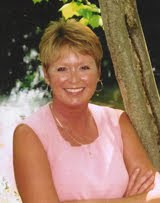 Thanks so much, Susan. I enjoyed this!!!
Posted by Susan Whitfield at 8:00 AM 27 comments:

Nights in New Orleans can be as dangerous as they are steamy. Especially for a smart-mouthed, competitive Assistant District Attorney like Ryan Murphy. If the criminals she prosecutes aren't trouble enough, she has an overprotective police captain daddy and four cop brothers to contend with, as well as a possible romance with a hot detective-- or two. And then there's the small problem of a psychotic serial killer, who may or may not be trying to help her on her way to the top.


Set against the backdrop of pre-Katrina New Orleans, Gumbo Justice is the first in the Crescent City Mystery Series published by Oak Tree Press. The second, Jambalaya Justice, is scheduled for release summer, 2010.

My guest, Holli Castillo, is a Louisiana appellate public defender and former New Orleans Prosecutor. She received her JD from Loyola University School of Law, where she attended classes at night and worked days as a child support collector at the D.A.’s Office. She earned her Bachelor’s in Drama at the University of New Orleans while working at the Can Can Cabaret on Bourbon Street. The publication of Gumbo Justice was delayed for nearly a year when she was in a near-fatal collision with a drunk driver in 2008. Still recovering, she lives in New Orleans with her husband, two children, and dog.

Welcome, Holli.
When did the writing bug bite, and in what genre(s)?
I have written as far back as I can remember. When I was in kindergarten, I tended to write fantasy type things, animals that could talk, princesses. In junior high I gravitated toward romance, and in high school it was all mystery. As an adult, mystery and thriller has taken over my life, although I have written a sci-fi screenplay.

When you started writing, what goals did you want to accomplish? Is there a message you want readers to grasp?
When I started writing Gumbo Justice, the story was completely different than what it turned in to. The original concept revolved more around ethical issues, i.e. what should a prosecutor do in a particular situation and why she might not do the right thing in a particular instance. It evolved away from that into a faster paced serial killer mystery. There were a lot of things I wanted readers to walk away with, but one of the biggies was that the people protecting you in the criminal justice system are sometimes scarier than the criminals. And that people in general can be flawed in ways that defy explanation and still turn out to be good people, but they can also turn in to psychotic killers, depending upon intervening factors.

Briefly tell us about Gumbo Justice.
Gumbo Justice is the first in the Crescent City Mystery series. It follows female prosecutor Ryan Murphy, a sometimes dysfunctional person but excellent attorney. She smokes, drinks, likes to party, but she's also really vulnerable for a variety of reasons she tries to hide. She has a family of cops that love her, but also tend to suffocate her, and never really quite trusts her instincts when it comes to men, usually for good reason. During the course of prosecuting cases and visiting crime scenes, she discovers a mystery, not realizing that she has already drawn the attention of a serial killer who kills defendants on cases she lost. When her life begins to go downhill because of the killer, she uses her best attribute-her brain- to help her figure out who it is to face off against him.

How do you develop characters? Setting?
Most of the characters were talking to me a while in my head before I started writing. It was hard at first to distinguish them from the other voices, but eventually I did. Ryan was easy, I wanted a strong, smart female protagonist, but one with problems, and not my-husband-cheated-on-me or I'm- too-fat or my-house-is-dirty kind of problems, but huge emotional issues that she has to keep in check just to function. Shep was easy, he's the perfect man and man of my dreams, no offense against my husband. And Monte Carlson physically sprung from an undercover detective who actually had Monte's job and got to have the tattoos and earrings, which gave me the idea. The real guy is nice and sweet and not a player like Monte, and Monte is a big strapping dude compared to the real guy, so that's where the similarity ends. So I would say I base my characters in part on what I think would make interesting people, my idea of ideals, and a little touch of real people.
The setting was easy, as I was born and raised in New Orleans, and New Orleans is the perfect location for a bunch of crime since that's the reality.

How do you determine voice in your writing?
When I was younger I used to like first person, because it's so much more personal to me. But I wanted this particular novel to be told from a few different viewpoints at different times, so I chose third person. There are also some things the protagonist doesn't know that someone else might know, and the only way to do that is with third person.

Do you have specific techniques you use to develop the plot and stay on track?
I am a big believer in an outline, especially a scene outline with main plot points that need to be hit to stay on course. I do change it up, though, and add and remove scenes, but I start with an outline. When I wrote the first draft of Gumbo Justice, I didn't use any type of outline, I just had an outline of sorts in my head, and I ended up doing so much rewriting because I changed my mind too many times. Now, I always do at least a scene by scene outline.

How does your environment/upbringing color your writing?
I think leading a fairly normal and boring life made me want to write about people with more exciting lives. Even as a prosecutor, cases were more of the same, and not as interesting as you might think. I try to make my stories as interesting and as dangerous as possible, while keeping them believable.

What are your current projects?
Right now I am working on the follow up to Gumbo Justice, Jambalaya Justice, and the third in the series, tentatively titled Chocolate City Justice. I am also writing my second screenplay.

Where can folks learn more about your books and events?
My website for the novel is http://www.gumbojustice.net/, and my personal website is http://www.hollicastillo.com/.
Also, I am a Facebook addict, when time allows, http://www.facebook.com/people/Holli-Herrle-Castillo/1594837203

available at Amazon.com and Bn.com
www.gumbojustice.net 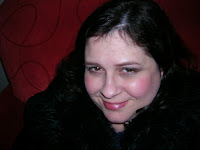 Holli, continued success!
Posted by Susan Whitfield at 8:00 AM 6 comments: