The Weight of Emptiness: Bo Parker has crossed over 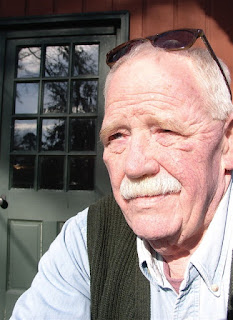 It is with a heavy heart that I write that my friend, Bo, passed away yesterday. I met him at a Cape Fear Crime Festival and he was adorable. I will surely miss hearing from him.

Born and raised in the rural hills of East Tennessee, Bronson L. “Bo” Parker began cobbling words together for money at the age of sixteen. The ensuing years included an internship with the Wall Street Journal, work as both a news reporter and sports writer for several newspapers, and along the way, work was mixed with study to earn a degree in journalism from UT-Knoxville,
After thirteen years in the newspaper world, Parker moved to a management position with Newport News Shipbuilding in Newport News, Virginia where he spent four and a half years before accepting an appointed position as a public official with his adopted City of Hampton, Virginia.

When he left the newspaper business, he did not abandon word cobbling. Historical non-fiction articles and books on events in his adopted city and state satisfied his word-cobbling addiction until he turned to fiction after his retirement. THE WEIGHT OF EMPTINESS is the second installment in the life of Joe McKibben. The first one, THE PROVIDENCE OF DEATH was published in 2010.
I met Bronson a few years back at Cape Fear Crime Festival in Wilmington, North Carolina and instantly loved his dry wit and cuteness.

It's nice to have you on the blog at last, Bronson.

Good to be here, Susan.

A childhood curiosity as to the why of things has never been outgrown. An early introduction to journalism with its five “Ws”¾who, what, when, where, and why¾heightened that curiosity. However, in the rush of daily publication, there was seldom time to dig deeply into the why behind many of the stories.


Turning to historical non-fiction did little to satisfy the hunger. Historical records can be long on facts. But beyond scholarly works that most often rely on supposition and speculation, the whys that led to decisions and events are an elusive element.

When turning to fiction—where everything is created from scratch— the freedom existed to create the whys behind Joe McKibben’s decisions and the actions he takes.

Joe McKibben, retired chief of detectives in Hampton, Virginia, is wrestling with the emptiness of widowhood when, against his better judgment, he agrees to a friend’s request to look for a woman who has left town without telling anyone where she has gone, or why. Joe’s search becomes an odyssey that leads him to several small towns about the Virginia countryside. He ultimately meets the woman and learns why she left town without telling anyone. In the end, Joe realizes what he observed and heard during his odyssey has given him the resolve to get past his feeling of emptiness and move to the next stage in his life.

Since making the choice, for the most part, to write in the first person POV, a lot of personal viewpoints are reflected in how Joe McKibben sees the world.

This ought to be interesting.

It was the continuing struggle to hone the skills of a different trade. Years of writing news/sports and historical non-fiction was the work of a mason, building walls out of stones of fact, held together with mortar. Fiction demands the skills of a carpenter, building wood-frame walls. Both types of walls have to be straight, plumb, and level. But there are far more different materials and methods of assembly in a wood-frame wall with which one has to become proficient. I am still serving my apprenticeship.

That's the best darn answer I've ever heard!
Do you travel to do research or for inspiration? Can you share some special places with us?

Since my traveling days are over, I rely on my fifty plus years of living in historic Virginia and the many unique individuals I met during my working days. There’s always seems to be a place or individual that crawls out of a memory cell when needed for a setting or character in a scene. 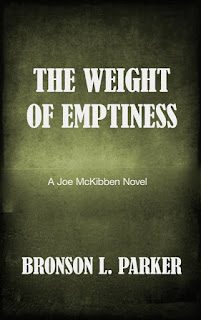 It is exactly what the late Bill Tapply said to me when I started writing fiction. “It is the hardest thing a person can attempt.” The first draft may be the result of inspiration. But rewriting, “getting the words right,” is the result of perseverance and perspiration. No better advice can be passed on than to emphasize the need to accept the truth of Bill’s comment and decide if the resolve to make the commitment is within.

Wow! Another great answer and super advice to all of us.
Where do you store ideas for later use: in your head, in a notebook, or on a spreadsheet?

Ideas are stored in my head where things are allowed to germinate and sprout like growth in the cracks of a sidewalk. As things progress, there’s a lot of weeding done to find the right ingredients to mix up an acceptable salad.

That is the big question. Since hitting the road is no longer possible, the Internet will be my only connection with the world. How that tool will be used is still to be determined. The best I can say at the moment is that if a reader likes the book, recommend it to a friend, or write a brief review on Amazon where the book is currently available for the Kindle  http://www.amazon.com/WEIGHT-EMPTINESS

The idea in the beginning was that Joe McKibben’s story would be a three-book series. That is still the plan, but there is no time frame involved. Beyond that, something else will sprout up to grab my attention. I do know this. I’ll be writing something. “When something takes hold of your soul, it’s a part of you forever.”

All writers understand that response. Thanks for letting me interview you. I wish you lots of success with both books. Hugs!

Posted by Susan Whitfield at 8:07 AM 4 comments: