Let's Get Cozy! with Steve Shrott

I'm starting a new interview series with cozy writers.  What, then is a cozy?

Cozy mysteries are considered “gentle” books… no graphic violence, no profanity, and no explicit sex. Most often, the crime takes place “off stage” and death is usually very quick. Prolonged torture is not a staple in cozy mysteries! The victim is usually a character who had terrible vices or who treated others very badly.  And, there are usually connections between the victims (if indeed there are multiple victims… which usually, in a cozy mystery, there are!), even though the reader is not aware of the obvious connections until the amateur sleuth solves the crimes.

I'm NOT a cozy writer, as my Logan Hunter series smacks with violence and verges on horror at times. EGADS! I'd never planned it that way. Anyway, I read lots of cozies and have many friends and colleagues in the business who write them. Welcome to the first showcase:


Steve Shrott's short stories have been published in numerous print magazines and e-zines. His work has appeared in ten anthologies––two from Sisters-in-Crime (The Whole She-Bang, and Fishnets). Steve, recently, had his humorous mystery, Audition For Death, published by Cozy Cat Press. In his other life, he has written comedy material for well-known performers of stage and screen. Some of his jokes are in The Smithsonian Institute. His non-fiction book, Steve Shrott’s Comedy Course, has been sold all over the world.

Welcome to the "Let's Get Cozy!" blog series, Steve.

How many mysteries have you written? Are they a series? If so, does the series follow a certain theme (like knitting, painting, etc.) Why did you choose that theme?

I’ve written two mysteries. Audition For Death is out now and the other will be out later this year. They are the first books of different series. The theme of, Audition For Death, is acting, and actors. I chose that because I’ve acted and hung out with a lot of actors. A lot of them are very interesting, sometimes, off-beat characters. I thought that would add a lot of fun to a cozy mystery.

Wow! I can't imagine writing two different series at the same time.
Has your environment or background affected the genre you write? How?

I have a background in humor, having written jokes for many performers, as well as comedy screenplays, funny articles and humorous short stories. So when it came to writing a mystery, I thought my forte would be in doing something that had humor.

Give a short synopsis of Audition For Death.

It’s a fun mystery about struggling actor, Joshua Mclintock. Although, he’s appeared in numerous films and stage productions, most of his roles have been as dead bodies. When he’s about to be arrested for a crime he didn’t commit, he makes a run for it. (Mostly, because he has an audition for Hamlet.) He soon discovers sinister forces threatening to destroy Hollywood, and he must try to save it, and himself, before it’s too late.

One of the key things I’ve learned is that no matter how tough things seem at the time, you have to keep going. Even, though I may not like what I’m writing, I know that, eventually, I’ll find a way to make it better.

We all know how important promoting our work has become. How do you get the word out to  cozy readers both off and online?

I have a website, blog and Facebook. I’m just in the learning process about twitter now. My key thing about promotion is that I want people to know about my book, but I don’t want to become that guy who hijacks every conversation or email to talk about it. My actual preference is to sell books at live events—signings, readings and talks. Even before my recently published novel, I was doing talks on various subjects, so I’m very comfortable doing that.

I’m hoping to write some more cozy novels, some in the two series I’ve started. I really like to create unique characters so I’m sure I’ll be writing some new mysteries as well. I also enjoy writing short stories, having published forty so far. So I will keep writing those. At some point, I would like to attempt something more serious, perhaps a thriller.

My website is steveshrottwriter.weebly.com
My facebook page is facebook.com/steve.shrott.9
My book, Audition For Death, is available in print and ebook format at Amazon and other online sources. You can get it at   http://amzn.to/1b4LJVX 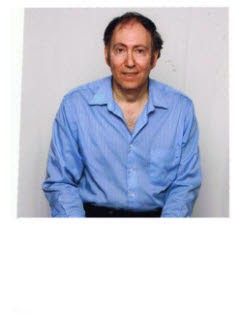 Thanks for the interview, Susan!
My pleasure, Steve. Happy sales!