Dwight Geddes: A Favor for a Favor 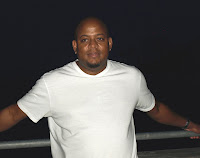 Dwight Geddes was born in Kingston, Jamaica and moved to New York as a teenager in the 1980’s. In 1999, his first book, a short story collection entitled Genesis was published by Denlinger’s Press. The collection was shortlisted for a Frankfurt E-Book Award, and several of the stories in Genesis have been reprinted in various literary outlets over the last decade. His second book, The Prodigal's Return was also published by Denlinger’s Press in 2000 and introduced character Blake Casson. Dwight is currently finishing a follow up to The Prodigal's Return, a novel entitled Empire of Dirt. He's a huge sports fan and  started a blog in 2010, called "Sports 'n Stuff". He also contributes to several widely read blogs, including Jamaicans.com.

Dwight, welcome to the blog. Let's jump right in, shall we?

What books came along at just the right time to influence your reading/writing?

I’ve been influenced more by specific writers than particular books. As a kid growing up in Jamaica, I read a wide range of books, from the Hardy Boys and Bobbsey Twins mysteries to Donald Goines, Nick Carter pulp novels and James Bond. Over the years I have also been influenced by Gabriel Garcia Marquez, Octavia Butler, Robert Ludlum and Walter Mosely among others.

Quite simply, to influence people to read and enjoy the story that I’ve crafted. We live in an age of sensory overload, most of it visual, and the stimulus that the written word provides is often lost in the barrage of imagery available. I want people who read my stories to lose themselves in the world and scenarios I’m describing, to enjoy the story within the story that we all receive individually.

What has been your most rewarding experience during the writing process, Dwight?

Getting to the end. The most euphoric feeling for me is typing those words ‘The End’ and stepping back from the work.

I know the feeling. It is wonderful, isn't it?

Tell us about your latest book.

My latest published work is a short story titled A Favor For A Favor" which will be released as an eBook by Untreed Reads publishers this spring. It’s another Blake Casson story set in New York City and involves Casson taking a job doing what he does best for an old friend. It fills in some of the back story of the character and hopefully will whet the readers’ appetite for Empire of Dirt.

Empire of Dirt, my next novel, is currently a work in progress. It will be completed by the summer.

Super! Do you think your writing has improved since your first attempt? If so, in what way?


My writing has evolved in many ways since my first book was published. I have changed a lot of the subject matter I write about, and I have learned not to shy away from the emotional uneasiness that some topics may cause for myself and the reader. Empire of Dirt tangentially deals with terrorism and radical Islam and how we as people in Western society deal with it. Blake Casson, the protagonist of my novel and the upcoming short story, is a mixed race ex-government operative turned freelance agent for hire. In 2000 when the first novel was published, his character would be seen by many as an aberration. In the post-9/11 world, having someone such as Casson who can blend into almost any foreign culture is not just an asset, it is a requirement.

One of my earliest recollections as I tried to get published as a young writer was receiving rejection letters from various and sundry agents that basically said in sum ‘there is no market for your work.’ The subtext of that was initially troubling on several levels, including the fact that so many professionals in this industry didn’t think that a young black male writer who was not writing romance novels or ‘in the closet’ stories would find an audience for his work. Some of my earlier short stories, including Young Americans and Child Welfare for example contained elements and themes that are now projected in books and television and has even become a genre: Urban Fiction. Not so long ago-in the mid-90’s-I was being told no one wants to buy and read such work. So yes, my style has changed, but the world has changed also.

Still working on Empire of Dirt. It’s the next Blake Casson story, and updates the character and his latest adventure. It pits Casson against a terrorist who has embarked on a series of attacks on the US and its allies in an effort to cripple the West. There are many subplots and issues that are touched on in this story, and I consider it to be not only my most challenging work to date, but quite possibly my best. But I promise to get better.

I have a facebook fan page: www.facebook.com/jamaicanwriter, where people can see some of my work and information on my upcoming events. I can also be reached at jamaicanwriter@gmail.com

Continued success, Dwight!
Posted by Susan Whitfield at 8:00 AM No comments: