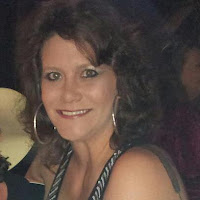 Welcome, Sable.
How many books have you written and what is your best seller?

My best sellers to date are:

Visit my Amazon page to view all of my Sable Grey titles at http://www.amazon.com/author/sablegrey or my website at http://www.sablegrey.net to see full lists of books available including free reads.

My most recent erotica title is Zombie Lust and is available at http://www.amazon.com/dp/B00B90VRMA for 99 cents.  It’s a short erotica about a zombie, Lucas, who only eats bad people and tries to live a regular life the rest of the time. Yes, I have a twisted sense of humor and yes, I love zombie movies!

My most recent romance novel is Temptation & Honor, the first in a historical family saga about the Redleigh family.  Thomas Redleigh is a soldier returned to his family's home after his father dies and he receives word that his mother is ill. Until his return, Meredith Claiborne had been caring for Thomas' mother and keeping the household running in his absence. But a twisted ankle forces her to release some of her responsibility and accept Thomas' assistance. The time they spend together leads to a scandalous affair that, if discovered, could ruin the names of both of their families. Their secret is kept until the rumors circulated by a jealous man lands Thomas as a suspect of murder.

Temptation & Honor is available in print and digital formats at Amazon.  http://www.amazon.com/Temptation-Honor-Redleigh-Books-Volume/dp/1481863770/

Oh I guess there is a bit of me in each of my characters.  It’s difficult not to put a little of myself into the characters.  The one who is most like me is Anne from the chapter by chapter book I’m writing on my website called Heart of the Storm.  Members of my site can read the first eleven chapters right now.  This summer I will begin writing a chapter a week to finish the book.

Yes, sometimes they do.  My favorite character of all of my books is Neville Crashaw, hands down.  He’s a secondary character in my Redleigh series but a very important one in several of the books.  While only one of the Redleigh books is available I’ve written four and I truly love Neville.  Readers get to meet him in the first of the Redleigh books and if they don’t fall in love with him after reading Temptation & Honor, they most definitely will when the second installment, The Vicar’s Wife, is published.

He’s a self made wealthy gentleman and lifelong bachelor with connections to very powerful people.  He has homes in Scotland, France, and in the small town where the Redleigh family lives.  He enjoys mayhem and is constantly stirring the pot so to speak when it comes to scandal.  At times he comes across as a snob but beneath that he has a very honorable and tender heart.

My entire career in the industry has been and continues to be a great lesson but I have six bits of advice for new writers:

Great advice, Sable.
Can you tell us your future writing goals/projects?

LOL  I have so many planned that it’s ridiculous.  I think up more stories than I’ll ever have time to write.  But I do have some in the works to be published soon.  The second installment to the Redleigh Books is The Vicar’s Wife.  It’s the story about Liam Redleigh, younger brother to Thomas of Temptation & Honor.  I also want to write a second book for Breathless Press to follow my best seller, Passion of the Wolf (http://www.amazon.com/Passion-of-the-Wolf-ebook/dp/B003IWYDIW). And I need to get the next installment of Charlotte’s Brides written for Cobblestone Press.

My website is www.sablegrey.net.  I announce new releases there and for every new release I give away two copies to members of my site by random draw.  And I’m very active on Facebook at http://www.facebook.com/sable.grey.

I have three titles currently available in print:

The rest of my books are available in digital formats that can be purchased through my Amazon page http://www.amazon.com/author/sablegrey or through the links on my website at http://www.sablegrey.net

Thanks for dropping by, Sable. Now, back to work on the WIP!