Get cozy with Sharon Pape

Sharon Pape describes her writing career as having two stages. Back in the dark ages, before computers were in every household, she had three paranormal books published. The first one was condensed by Redbook Magazine, the first paperback original they had ever condensed. (WOW!) She has just re-released that book under the title FOR EVERYTHING A SEASON.

Then life brought her an unexpected challenge, by the name of breast cancer. After treatment, she started a not-for-profit organization to provide information and peer support to newly diagnosed breast cancer patients. Once the organization didn't require as much of her time, she returned to her first love - writing. During this second stage of her career, she's been writing cozy mysteries with a  paranormal twist. She's also one of the thirty, cozy mystery authors who blog monthly on Killer Characters. To learn more about her and her books, you can visit her website: http://sharonpape.com  or her Amazon page: http://goo.gl/vKb3cZ

Susan: Sharon, it's a pleasure to have you over. How many books have you written?

Sharon: I was bitten by the writing bug at an early age, writing stories in first grade and book length pieces in seventh grade, none of which deserved to be published or even read by anyone other than friends and family. So, counting just  the ones that have been published, there are eight.

Susan:  Give a short synopsis of FOR EVERYTHING A SEASON.
Sharon: My most recent cozy mystery was published in December 2013 and is the fourth book in my Portrait of Crime Mysteries from Berkley, but FOR EVERYTHING A SEASON, the paranormal I mentioned earlier, was re- released in June. Here’s a brief synopsis:
Not all the witch trials took place in Salem. And there are people in nearby Rachael Crossing who believe the abandoned old house in their midst has roots going back to those awful times.
Determined not to be spooked by vague rumors, Deborah Colby leases that house and when she meets Ethan Burke, she's certain she's exactly where she’s meant to be. But will she live to regret it?

Susan: How much of yourself is hidden in the characters in the book?
Sharon:  Probably more than I think there is, because everything I write comes through the filter of my life and experiences. There is a character in SKETCHER IN THE RYE, the fourth book in the Portrait of Crime Mysteries, who shares my obsession with ice cream. Hardly an evening goes by that I don’t have a cone or a dish. If you were to open my freezer, you’d see five or six half gallons from which to choose. In general, though, I’d have to say that there’s a lot more of my daughter in my protagonists than of me. She’s bright, courageous and never lets obstacles stand in her way when she has a goal. I call her my role model.

Susan: What do you think is the greatest lesson you’ve learned about writing so far? What advice can you give new writers?

Sharon: Very few writers become overnight successes, so you have to love the process itself enough to keep at it in spite of setbacks and disappointments. I sometimes find that the hardest part of writing is applying the seat of one’s pants to the computer chair. My favorite quote, one that keeps me going when I hit a rough patch, is this one by George Eliot, “It's never too late to be who you might have been.” So if you’re wondering if you have the right stuff to be a writer, there’s only one way to find out.

Susan: That's so true, Sharon. Can you tell us your future writing goals/projects?

Sharon: I’m currently working on a new cozy mystery series. Like my previous mysteries, it also has a light, paranormal aspect. I think the paranormal adds an extra creative layer to the stories. It’s fun to tease the mind with elements that can’t be easily pinned down. In essence, each book winds up with two mysteries, the murder mystery and the mystery that surrounds the paranormal element. If I had a slogan, it would be: Have you exercised your imagination today?

Susan: Where can folks learn more about your books and events? 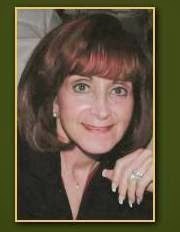 Susan: Are your books available in print and ebook formats?

For Everything a Season (ebook)
Here’s the link to my Amazon page: http://goo.gl/7XYKvu

Thanks for the interview, Susan!
My pleasure, Sharon. Continued success! Now readers, head over and pick up a few of these cozies;-)