This morning I'm interviewing Karen Fritz, author of Blind Vision.  Welcome, Karen.
Good morning, Susan. Thanks for the invitation.
How many books have you written, Karen?
Blind Vision is my first novel.
What books or authors have influenced you?
Gosh, there are so many.  John Hart, James Patterson, Tess Gerritsen, JK Rowling, Dean Koontz, Steven King, Lisa Gardner, Michael Gruber to name a few.
Karen, since this is your first novel, what has been your most rewarding experience during the writing process?
Finishing the novel, without a doubt.  I felt such a sense of accomplishment.  I didn’t let it defeat me even though there were times I thought it would.
Tell us about Blind Vision.
Blind Vision takes place in a small southern town.  It’s a story about a young blind psychic, Peter Cole, who starts having horrific visions of women being murdered shortly after he moves into a Southside boarding house.  He joins forces with Detective Joe Carson to stop a serial killer before another murder happens.

Is it available in print, ebook, and Kindle formats?
Blind Vision is available in paperback and Kindle.
Since you plan to write a series, what are some of the problems you  might face while plotting a series with ongoing characters?
Blind Vision is the first novel in my Southside Mystery Series.  I think the big thing for me as I am writing book two, is making sure I give just enough background for the reader who may not have read book one while also making sure I don’t bog the story down.
Yes, that's so important, and don't forget to move the characters forward in age and experience.
How do you develop characters?
They talk to me and I listen.  For me, it’s about letting the character take you over.  Letting them show you how they feel inside and then putting that emotion on paper.  The reader needs to be able to see and feel what the character is seeing and feeling.  They need to know that he/she is vulnerable or afraid. And if I do my job correctly the reader will become emotionally tied to the character.

How do you choose your setting?
In Blind Vision, the story takes place in a truly horrible part of town.  But that was where I needed it to be.  In reality, Southside is a part of Winston-Salem, NC.  I think probably thirty years ago it was as I have described.  It’s a little better now.  But the interesting thing is people who have read my book and lived in that area thirty years ago tell me I nailed it.  That pleases me.
What are your protagonist’s strengths? Flaws?
Peter Cole is in his early twenties.  He is blind and living with his mother.  He realizes if he ever wants to have his own life he has to learn to make it on his own. He starts out being very self-centered; maybe even has a bit of chip on his shoulder.  As you read the story you will see Peter grow.  Through his experiences he becomes this strong, independent, good man.  By the end of the story, the reader will want to see him succeed.
How does your environment/upbringing color your writing?
I think all writers are probably watchers.  I love observing people.  I love listening to how they talk and watching their mannerisms.  In my opinion, that’s what allows writers to write about any situation.  For me, it’s not so much about environment or upbringing.  It’s about research and letting your mind explore places you haven’t been.
We all know how important promoting our work has become. How do you get the word out both off and online?
Wow!  That’s where the real work begins.  Obviously, I do the book signing circuit, social networking on Twitter, Facebook, Goodreads, anything I can think of to get the word out.  My biggest problem and frustration is time.  There never seems to be enough time to do everything that needs to be done!
Can you tell us about current or future projects?
As I mentioned earlier, I am working on book two of the Southside Mystery Series, Crossroads.   I’ve even written the first three chapters of book three.  I am hoping to have Crossroads out by summer.  I’ll just have to see how it goes.
Where can folks learn more about your books and events, Karen?
Check out my website, http://www.karenfritzbookz.com 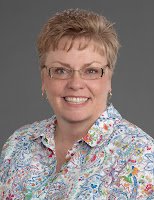 Thank you for this opportunity.
Posted by Susan Whitfield at 8:00 AM No comments:

Good morning, everyone! Don't you just love this cool air? I'm so excited that I made a pot of hot chocoate for myself and guest, Doug Roberts, author of  The Man Who Fooled SAVAK. Welcome to the blog, Doug. Have a cup of steaming hot chocolate.

Thanks, Susan. I believe I will.

Doug's book is available online in ebook format. You may contact him through OuterBanksPublishing.com
Posted by Susan Whitfield at 8:30 AM No comments: