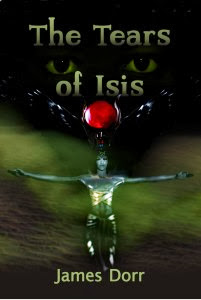 James Dorr combines the charm of a gentleman born in the US South with the wiles of a near-New York City upbringing, the canniness of a one-time New England resident, and the guile of an outwardly stolid Midwesterner.  Or so he says.  It is known that he was born in Florida, grew up in New Jersey, went to college in Massachusetts, and currently lives in Indiana.  He is a short story writer and poet working mainly in dark fantasy and horror with forays into science fiction and mystery, and has previously worked as a technical writer for an academic computing center, associate editor on a city magazine, a nonfiction freelance writer, and a semi-professional Renaissance musician.  In addition to three prose collections and one of poetry, Dorr has had nearly 400 appearances in publications ranging from Alfred Hitchcock’s Mystery Magazine to Yellow Bat Review.
He also has a cat named Wednesday, for Wednesday Addams in the original 1960s TV show The Addams Family.

Wecome to the blog, James.
How has your environment affected your writing?

How has it not?  But environment is more than just the things around one, it’s the noticing of these things -- the close attention.  Travel can be a part of it, but there’s also research, and the leisure to visit the library.  For instance, in the title story of my latest book, the action at the end takes place in the Boston, Massachusetts area where I lived for about five years.  But the story starts in San Francisco, where I’ve never been, yet through research -- even if it may have ended up being condensed into just a few sentences -- I hope I’ve made it seem as alive as the locations later on.  But then there’s also the environment of the mind, the completely made up, influenced in part by the things one has read.  In my own case I’ll cite The Complete Greek Tragedies of Aeschylus, Sophocles, and Euripides (say what?  For an explanation -- and why you might read these too, if you haven’t -- see my introduction to Telling Tales of Terror:  Essays on Writing Horror & Dark Fiction, Kim Richards, ed., Damnation Books, 2012); The Complete Tales and Poems of Edgar Allan Poe;  Ray Bradbury’s The October Country and The Martian Chronicles, et al.; I Am Legend by Richard Matheson. . . .  The list goes on.

Art and creation, Medusa and creatures of the sea, blood-drinking with or without foreign entanglement, musical instruments fashioned from bone, Cinderella and sleeping beauties, women who keep pets, insects and UFOs, ghouls as servants and restless undead.  And Isis herself as both weeping mother and vulture-winged icon of death and destruction.  These are among the subjects that inspire the seventeen stories (plus opening poem) in The Tears of Isis, my latest collection published last May (2013) by Perpetual Motion Machine Publishing ( http://perpetualpublishing.com/the-tears-of-isis/.  Citing the book’s blurb, “the Elizabethan poet Sir Philip Sidney spoke of art as ‘making things either better than nature bringeth forth, or, quite anew, forms such as never were in nature,’” and so in The Tears of Isis I hope will be found both the beauty that Sidney and others admired, and also the grotesque, the strange and bizarre.
How much of yourself is hidden in the characters in the book?

The Tears of Isis has an overall theme on the link between beauty and destruction, of art and death, even beginning with a poem and ending with a story that are both about sculptors.  I don’t sculpt myself, but I used to do some illustrating and I still cartoon a little.  I also play music.  I write poems.  I like to perform at readings.  In short, I relate to the artistic side of a number of the stories’ characters, whether directly or indirectly -- as well as the problem solving side, because that’s a part of the creative process too.  But at the same time, I also face the destructive (including self-destructive) side of creation, for example the isolation it forces when one must concentrate on a work in progress.

For The Tears of Isis, part of the attraction was that I’d have a free hand from start to finish, the only “restriction” being that it had to total at least 60,000 words, in contrast to previous fiction collections for which I simply supplied a number of stories for the publisher to choose from and, from them, construct the actual book.  So I had to learn to be an editor:  to look at a large number of stories and narrow them down to a manageable few, and then to look at these as groupings from which I could choose what I thought might be an appropriate theme, in this case the idea of art and beauty as holding within themselves a destructive aspect (and thus beginning with a poem of Medusa as sculptress, at least symbolically turning her models into stone, while the closing title story comes back to another sculptress who leaves her own trail of victims behind her).  From there the challenge was to select individual stories that I could order in such a way that each might seem to flow into the next in at least some aspect -- even if completely different in other ways -- offering readers a wide variety in themselves, yet adding up to a greater unity when the book is taken as a whole.  That is, hopefully, leaving readers with a feeling that what they’ve just read amounts, in some way, to more than just a few evenings’ entertainment.

The first thing is character, even if sometimes it may not seem apparent.  A. J. Budrys defined the first three elements of a story as a Being (character) in a Situation (environment) with a Problem (motivation).  It’s the solving of the problem (or failure to solve) that becomes the story.  But what makes a character is the author’s getting into his or her (or its, especially if it’s a villain -- it could be an alien or a sentient monster) head.  To become that being, see through its eyes, hear through its ears, smell through its nose, feel with its feelings -- themselves influenced by the being’s environment too -- and convey those feelings to us as if you were yourself the character.  This is the meaning of “show, don’t tell”:  Telling is an author’s description of a character; showing is the author’s conveying an understanding of what that character feels and does and why.

And one more lesson is persistence.  Victory comes not only to the bold, but to those who keep at it, the same as a character in a story, suffering defeats (rejections) and disappointments but still striving forward until a goal has been reached.  And then realizing that that’s just the first goal.

Last month, as I write this, I sold a story called “Casket Girls” to the electronic magazine Daily Science Fiction, a vampire tale relating a legend of New Orleans, which was the location of  2013’s World Horror Convention.  So in a sense, that was my “What did you do on summer vacation?” story.   In a larger sense, though, I’ve been working on a series of stories that, somewhat like the late Ray Bradbury’s The Martian Chronlcles, add up to a sort of quasi-novel.  Set in the “Tombs,” a huge necropolis and its environs on a far-future, dying Earth, sixteen of these have been published already in various places, including three (two reprints, “Mara’s Room” and “River Red,” and one, “The Ice Maiden,” for the first time) in The Tears of Isis, and another, “Raising the Dead,” is scheduled to be out in White Cat Publications’s steampunk anthology Airships  & Automatons.  While I’m currently continuing to treat these as separate items, writing and marketing them as stand-alone stories, I may eventually start to look into a book publication for these as well, possibly with a larger publisher.

Then another project of sorts, of which The Tears of Isis is itself a part, is to start getting some of my older stories back into print, often in anthologies that sound intriguing in themselves, but are unlikely to pay as much as might be appropriate for an original story.  This, of course, has something to do with the economy too, but I’ve been writing long enough that I don’t want some of my earliest professional work to be forgotten.

And then, of course, I’m writing new stories -- and lots of poetry -- often these days fairly short and tailored to the internet market, of which “Casket Girls” is a recent example.
Where can folks learn more about your books and events, and are your books available in print and ebook formats? (please provide the buy link for easy reader accessibility)

I have four full-size collections, more information on all of which can be found by clicking their pictures in the center column of my blog, along with several single-story electronic chapbooks and a slew of individual fiction and poetry appearances, some of which can be found on my Amazon author Page, http://www.amazon.com/James%20Dorr/e/B004XWCVUS/ref=la_B004XWCVUS_pg_1?rh=n%3A283155%2Cp_82%3AB004XWCVUS&ie=UTF8&qid=1382916681

My first two (mostly) fiction collections are Strange Mistresses:  Tales of Wonder and Romance and Darker Loves:  Tales of Mystery and Regret from Dark Regions Press, which are available in print via Amazon, et al., as well as directly from the publisher by clicking  http://www.darkregions.com/james-dorr/

My third, all-poetry collection is Vamps:  A Retrospective, from Sam’s Dot Publishing/White Cat Publications, and can be found in both print and ebook editions at http://www.whitecatpublications.com/products-page/poetry/vamps-2/

My newest collection is The Tears of Isis which is available in print and electronic forms from Perpetual Motion Machine Publishing, as noted above, as well as on Amazon, Barnes & Noble, and Amazon UK.  The local (American) Amazon site is located at http://www.amazon.com/The-Tears-Isis-James-Dorr/dp/0988748843

Then finally there’s my blog itself for up-to-date information on sales, books, etc., as well as an occasional sample poem or story at http://jamesdorrwriter.wordpress.com

Wishing you the best of sales in the new year, James! 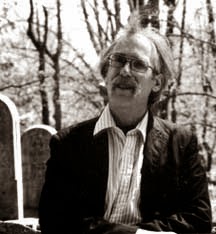