Like the fictional professor Molly Barda, author Frankie Bow teaches at a public university. Unlike her protagonist, she is blessed with delightful students, sane colleagues, a loving family, and a perfectly nice office chair. She believes if life isn’t fair, at least it can be entertaining. In addition to writing murder mysteries, she publishes in scholarly journals under her real name. Her experience with academic publishing has taught her to take nothing personally.Welcome to the blog, Frankie. Please enjoy a pineapple whip while we talk.

Thanks for the interview and the whip, Susan. 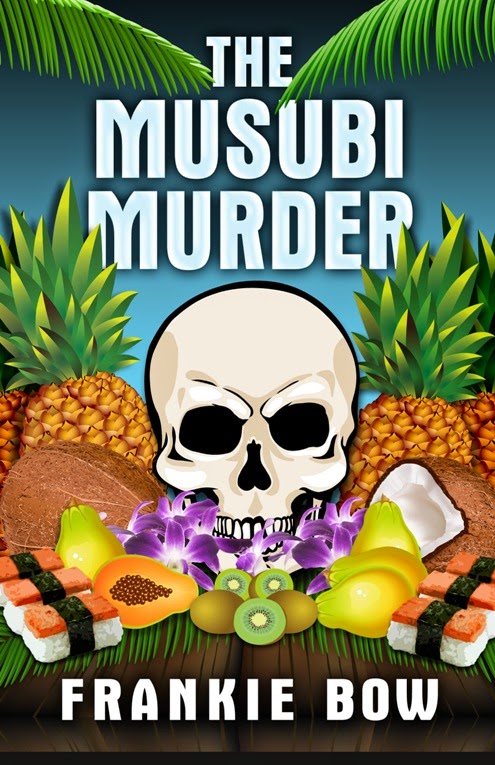 Congratulations on publishing your first book! I love the cover. Tell us what The Musubi Murder is about.

It’s a campus murder mystery set in the age of budget cuts and higher ed “disruption.” My protagonist and amateur sleuth, professor Molly Barda, longs for working air conditioning. She sits on a yoga ball because there is no budget for office furniture. Her dean, unwilling to lose paying customers, won’t let her report cheating students.

Having been in education for thirty years, this book speaks my language. Please tell us more.

Molly just wants to keep her head down and stay out of trouble until she gets tenure, but there’s a problem. A grisly prank at a donor banquet pulls the introverted (and untenured) Molly Barda into a stew of corruption,revenge, and murder. Along the way, she finds herself drawn to the too-good-to-be-true Donnie Gonsalves, an enigmatic entrepreneur with a few secrets of his own.

Frankie, how much of yourself is hidden in the characters in the book?

Molly Barda is supposed to be a complete invention, a character so comically obsessive and neurotic that she couldn’t possibly exist in real life. So of course everyone who has read the book thinks she’s me. I actually identify with Dan Watanabe, Molly’s beleaguered department chair, who keeps a jumbo-sized jar of antacid tablets on his desk and downs them by the handful.

Definitely not in my head. I have to write things down. I have several documents full of leftover bits of text, research, and random ideas. They are labeled, creatively enough, “leftovers.”

hat you think is the greatest lesson you’ve learned about writing so far. What advice can you give new writers?

Listen with an open mind and don’t take anything personally. Easier said than done, I know. But paying attention to others’ opinions can help you to improve your writing. Rejection letters can be very helpful.

Compared to academic reviewers, I have found that literary agents and editors are absolute sweethearts. Publishing is very subjective, they will say in their gently worded rejection letters. What doesn’t work for us might work for someone else. Don’t give up! I have never seen a literary agent use the adjective “retarded” to describe someone’s work. I can’t say the same for academic reviewers.

How did you come up with the title "The Musubi Murder" ?

I was hoping that writing a book would be something like the way I imagine writing a country song, where once you come up with a catchy title, (“Eighteen wheels and a dozen roses.”) the thing almost writes itself. I wanted a title with alliteration, a clear Hawaii connection, and a signal to the reader that it was a murder mystery. Unfortunately the book did not write itself, but I do like the title.

Who should read your book?

If you’re looking for an entertaining murder mystery involving small town life, big academic egos, corruption, revenge, and Spam musubis, The Musubi Murder is for you. (Even if you don’t know what a musubi is). It’s the first campus crime novel set in Hawaii, and the perfect gift for mystery lovers, Hawaii expatriates, disillusioned academics, and anyone who fancies Spam (the meat).

Okay. I gotta ask. Just what is musubi?

The  Spam musubi is a neat little chunk of rice with a slice of Spam either on top or in the middle. It's wrapped in nori (seaweed) and seasoned with soy or teryaki sauce. We love Spam in Hawaii--in fact, Hawaii has the highest per capita Spam consumption in the nation.

Here is a photo (source: Wikimedia Commons), and here is my stylized musubi-with-crossed-chopsticks logo (thanks to the always-excellent Freepik.com for the graphic elements).

The next Molly Barda mystery is The Cursed Canoe, which moves between the dimly-lit halls of academia (they removed half the fluorescent tubing in the building to save on energy costs) and the competitive world of Hawaiian canoe paddling.

Molly investigates a mysterious paddling accident, and realizes that it isn’t just business majors who cheat to get what they want. Whether it’s moving up in the college rankings, getting a seat in the big canoe race, or just looking out for themselves, some people will do whatever it takes-including murder.

Where can people find The Musubi Murder?

Where can people find you? 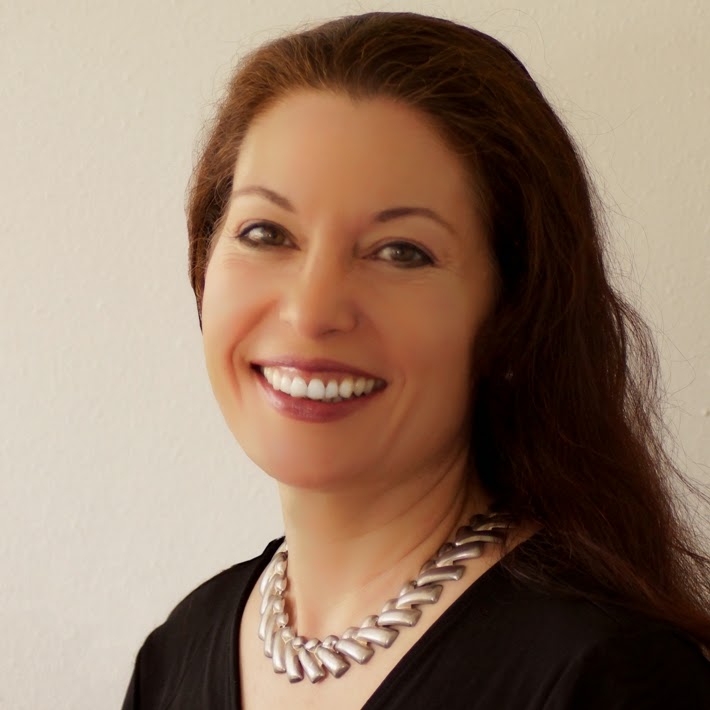