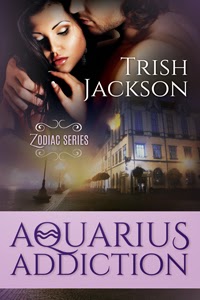 Trish Jackson grew up on a farm in Zimbabwe, Africa, which sparked a love of adventure and suspense, and being a romantic at heart, she writes romantic suspense and romantic comedy. Her stories are usually set in small towns, where the people enjoy country values, and the pace of life is a little slower. Trish also loves animals and always includes them in her stories. Welcome to the blog, Trish.

Thank you, Susan. I brought you a South African dessert that Andre's mom Rietta makes in Aquarius Addiciton. It called

Boil together milk, sugar, butter and cinnamon.
Blend flour with a little cold water, and add boiling milk mixture to it, stirring briskly to prevent lumps.
Return mixture to pan and cook for 5 minutes, stirring constantly.
Allow to cool a little.
Add well-beaten eggs, stir well, and cook again for a few minutes.
Pour into pie crust and sprinkle with a little additional cinnamon.
Bake at 375 deg. F. for around 20-25 minutes until just browning.

It's delicious, Trish. Wow! Growing up in Simbabwe is awesome, I'm sure. Tell us more.
How did your environment affected your writing?

Having grown up in Zimbabwe, I had no clue what a 'redneck' was until I moved to the US. I found them to be wonderfully genuine people who would literally give you the shirt off their backs if you needed it, and who are not afraid to speak their minds. That's when I started the first in my Redneck P.I. trilogy.

I've written a lot of books, and published six full-length novels, and a couple of non-fiction books. I also write short stories about my characters, which I offer free in eBook format. 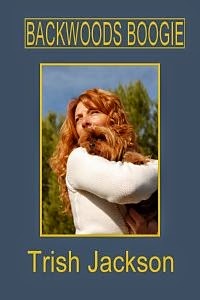 I had two books released around the end of 2014/beginning of 2015.
Backwoods Boogie (romantic suspense/comedy) is the third in the Redneck P.I. series. Twila Taunton, redneck private investigator is determined to rescue gentle Brit Pam Taylor from a being convicted of a murder she clearly did not commit. In the course of the investigation, Twila discovers an illegal puppy mill, where several dogs are living in filth and squalor without adequate food, shelter or veterinary attention. She and her quirky friends make a plan to rescue them, while she also helps a biker gang break up a dog fighting operation.

Aquarius Addiction (romantic suspense) is the second in the Zodiac Series, in which each heroine belongs to a different star sign and exhibits the typical traits of her sign. Aquarius Arlette Xylander is feisty, eccentric, freedom-loving, flirtatious, rebellious and unpredictable. Her emotions rage between denial, anger and tears when her doctor tells her she is suffering from a rare terminal disease. When hunky Andre Rossouw asks her to help find his sister who has been missing for four years, Arlette makes two decisions. To beat the disease and find a cure, and to have wild and passionate sex with him. The book includes some paranormal, and (I always write about animals)—a black cat called 'Marbles'.

I suppose the author's unique voice is really the author's character showing through. I believe my love of animals has helped me create some memorable four-legged characters, including Scratch, the Cairn Terrier who rides on the back of Twila's Harley, and Riley's palomino, Flight-of-Fancy in Capricorn Cravings.

I have been published by Uncial Press and Soul Mate Publishing, both of which have wonderful, caring editors who have helped to make my stories so much better than they would have been. I absolutely recommend an editor. Even the best writers have editors, because we can't see our own mistakes.

I create new folders in Word and store them on my computer for later. Another word of advice for new authors is this—keep copies of all your work on another computer or storage device. I keep several copies of everything. Think of how devastating it would be if you lost it.

Virgo's Vice, the third Zodiac Series story is with my publisher and will be released at the end of 2015. 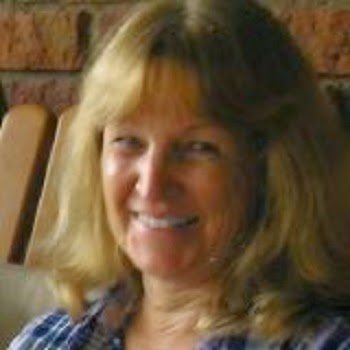 They're available in both.


Thank you for the delicious Melktert ! I wish you great sales with all your endeavors.