Chastity Bush is the author of five published romance novels. She is the married mother of two great girls and currently resides in the small town of Whitefield, Oklahoma with her husband and children.

Welcome, Chastity. What books came along at just the right time to influence your reading/writing?

I have always been an avid reader but after I had our first daughter, I slacked off. One day while I was waiting in the school parking lot for her to come out, I started reading a book that I picked up at our local Wal-Mart. It was Kasey Michaels- Reckless Beauty. After the first few pages I was hooked. From then on my head was back in the books. It wasn’t long after that that my husband suggested I write a book of my own. And I did!

Is there a message in your writing you want readers to grasp?
Never give up. In all of my books the hero/heroine is always in the worst position imaginable. I am always sure to make them trudge forward no matter how down and out they may be.


Tell us about your latest book.
My latest book is called, A Taste of Terror and is set to be released on December 1st, 2010. It is a paranormal romance featuring a new species of immortal that I worked very hard to create. Here is a little taste to get you going!

As a Guardian, it is Cole Douglas’s job to protect all living beings, mortal and immortal alike. When Cole is attacked by a female werewolf, he is shocked to find that his attacker is none other than his intended mate. Refusing to acknowledge that he has found his mate, Cole continues on with his job of hunting rogues, only to find that the beautiful creature he was attacked by is not only his intended mate but his ticket to finding the rogue werewolf he has been assigned to kill.

Unable to resist, Cole finds himself drawn to the woman unlike any before. From her golden brown hair to her amber gold eyes, Cole realizes that just because he doesn’t think he is ready for a mate, doesn’t matter when just a look from her can set his blood on fire.

Chloe Dunn is just learning to live life as a werewolf when the scent of a stranger sends her into a frenzy and leads her to attack him. Cole is dangerous and wild, something she needs no part of but the overwhelming pull he has on her is more than she can bear. The more time she spends with him, the more she wants him, needs him and will do whatever it takes to have him, even if it means placing herself in the hands of the very rouge that turned her.

Do you think your writing has improved since your first attempt? If so, in what way?
Absolutely! When I first started writing I had no idea what I was doing. I made so many mistakes with the editing and head-hopping. Not to mention, I did not research my very first publisher and got sucked into a very bad company. Now, a little over two years later I know what to do and what to stay away from.

Were any of your books more challenging to write than the others? If so, why?

My contemporary romance, The Guarding of Eden had to be the hardest for me to write. I love to write paranormals because you can do anything you want with the characters. It is easier to explain some of their quirks and flaws. But you cannot just explain something away with a non-paranormal so I found myself staring at the screen going, “Okay, now what?” But in the end it turned out to be one of my favorite books to write and I am very proud of the humorous edge that it held.

How do you promote yourself online and off?
I do as many interviews and guest blog spots as possible. I am always requesting reviews and joining new social groups such as facebook, myspace and many yahoo groups. I try to keep as active online as possible to get my name out there and attract readers.

What are your current projects?
I always seem to be working on at least three or more manuscripts at a time. Sometime I bite off more than I can chew! At the moment I am working on two romantic suspenses: The Stranger Next Door and You Want to Put What Where? which will each have a humorous edge. And at the urging of our daughters, I have started pecking at my first ever YA Fantasy which I have already named Charlie Higgins and the Cave of Time.

Okay, I'm still snickering over the You Want To Put What Where?Where can folks learn more about your books and events?
I am just about everywhere! And love to be contacted! You can find me on my official website http://chastitybush.webs.com 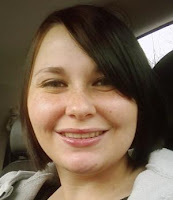 
Chastity, it's been a pleasure interviewing you. Continued success!
Thanks for having me today, Susan!
Posted by Susan Whitfield at 8:00 AM 5 comments:

Heather McAlendin is back to discuss her new book, Killer Queen.
Heather, even though I have previously interviewed you, please give new blog visitors a brief bio.
My name is Heather McAlendin and I am originally from Timmins, Ontario and moved to Toronto almost 5 years ago with my family. I started writing poetry and short stories as a child and I was and still am a voracious reader. Over the years I have worked in graphic design and office administration but I always found myself writing in some capacity. It wasn't until a little over 4 years age that I submitted my first manuscript, Wicked Dreams which ended up in the publication of my very first novel! I am very lucky to have had 2 more published novels and a self published novelette since that time. Currently, I am self employed and have dedicated my time, thanks to the support of my family to write and edit full time and make my dreams of becoming a story craftsmen a reality!

What books came along at just the right time to influence your reading/writing?
I can't say it was any one book that has influenced my writing. Although I love to read everything from horror novels to sci fi and fantasy. Right now I work in the supernatural genre but I don't limit myself or my imagination. I will say that certain authors have influenced my work such as Stephen King, Anne Rice, Terry Goodkind, Ben Bova and the like.


Please give us a short synopsis of your new book, Killer Queen.
Killer Queen is a modern vampire thriller brimming with lust, betrayal, greed and vengeance.
Silver Devries is a five hundred year old Vampire Queen who, out of betrayal and vengeance, becomes a Vampire Hunter. She must search for a rogue female vampire who threatens the very existence of the vampire clans. Silver’s greatest allies become those who should fear her the most…mortals. Fear, hope and unexpected love are the ties that bind vampire and human together as they fight to save both of their worlds from imminent destruction.

How has your writing progressed since your first book? Has it changed you? If so, how?
My writing has grown and changed a lot in the last few years. As an independent author, with no agent I have had to learn the publishing industry from the ground up. Lessons have been learned and I am enjoying the process. I think my characters have changed me as they are all a part of who I am as a writer and as person. I am more open to possibilities and feel much more confident in my abilities as a writer.

When do you accomplish your best writing?
I am a morning writer, it's the best time of day for me to get my ideas on paper. Being a mother of a teenage son as well as caring for 2 dogs and a cat, by the evening I am just too tired to think straight.

Is there another book on the horizon?
Most definitely. I am currently finishing the next manuscript in the Killer Queen series. I am also writing 2 other manuscripts that will hopefully take my work in a different direction. One with be a new take on the “Jack the Ripper” story and the other will be an intense murder mystery/thriller.

After hours of intense writing, how do you unwind?
It's important to take a break and unwind and refresh yourself no matter what you do for a living. I go for an hourly walk every day and I also do yoga. I have also been known to take my camera out and just take pictures of flowers etc. Photography is another creative outlet that I enjoy very much.

Where can we purchase these books and get more information about you? 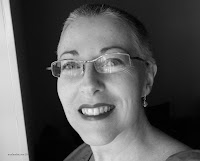 
Heather, thanks for a second interview, and please let me know when the Ripper book is ready so I can interview you again. Best wishes!
Posted by Susan Whitfield at 8:00 AM 1 comment: