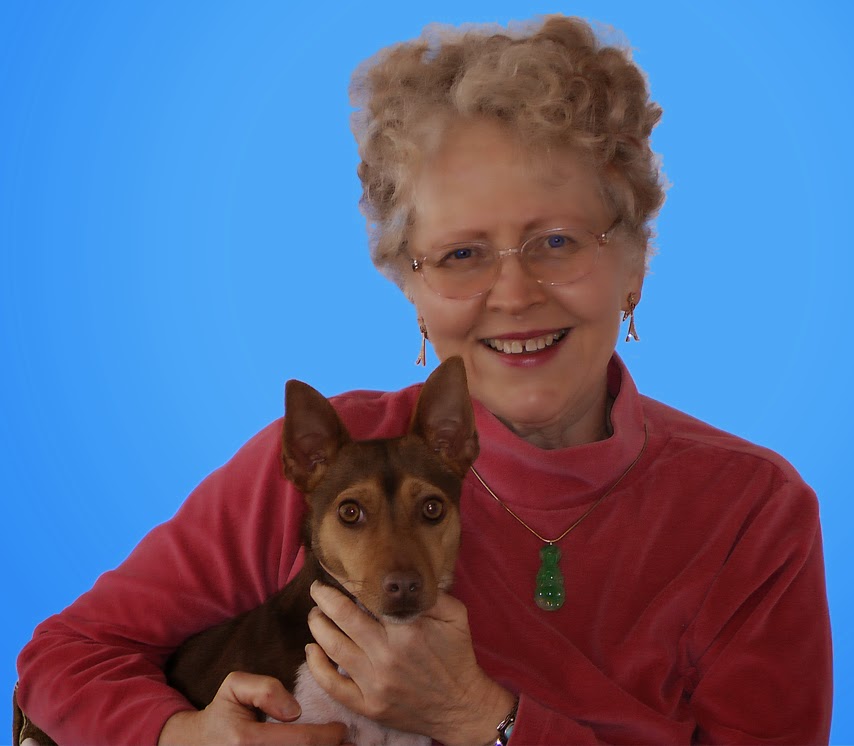 Conda Douglas grew up in the ski resort of Sun Valley, Idaho. Her childhood was filled with authors and artists and other creative types. She grew up with goats in the kitchen, buffalo bones in the living room and rocks in the bathtub. Now her life is filled with her cat and dog and permanent boyfriend and writing.
She's traveled the world from Singapore to Russia (in winter!) and her own tiny office, writing all the while. She delights in writing her cozy Starke Dead creative woman mystery series with amateur detective jeweler Dora Starke. The more Dora discovers cursed jewelry, her aunt digging graves, and a rampant poisoner, the more fun Conda has--although sometimes Dora complains about her plight! Next up, Starke Raving Dead, in which Dora's mad Aunt Maddie proves the aptness of her name.

Welcome to the blog, Conda.

Thank you , Susan. It's nice to be here.

Without having grown up in Sun Valley, Idaho, I would have nothing to write about! Okay, partly kidding. But the huge majority of my writing takes place in a version of a small town in the mountains of Idaho. My mystery series is placed in the Sun Valley I knew growing up, which I renamed Starke so I could move the mountains to my own choosing. 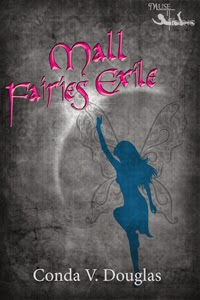 How much of yourself is hidden in the characters in your books?

With any luck, I've managed to squeeze all of me into my main character, Dora Starke, of my Starke Dead series. Since she's younger and thinner, sometimes it's a tight squeeze.

My main character, Swoop, in my Mall Fairies series, possesses plenty of flaws, but also strengths which, in another life, I would hope I possess—and sometimes hope I perhaps do in this life.

What challenges did you face while writing your series?

The main challenge in Starke Dead series is how much of a world I know intimately and perhaps too well should I include? How much to leave out? After consulting my beta readers, I concluded that I needed to do what worked for me as one reader would say "too much" and the next would say "too little"!

In my Mall Fairies series the huge challenge is not in creating the fantasy world, but in remembering it for each separate book! And yes, everyone says to keep a "bible" but I'd much rather be writing the novel.

What I've learned over and over in the course of my writing career is one simple caveat: It's the writing, stupid. What other people are writing, what's the newest best seller, who is doing what to sell and when, none of that matters a whit. It's only the writing that matters.  Because, at end of day, if I can tell myself I worked hard on my greatest passion, writing, and did the best I could to write the best I could, it's a good day.

Next up is the second novel in my Starke Dead series: Starke Raving Dead, in which Aunt Maddie goes mad as she always does, but has she gone insane? Perhaps, her niece Dora thinks, when Dora discovers Aunt Maddie digging a grave in the back yard!

Then it's on to the last of the Mall Fairies trilogy, The Mall Fairies: Destiny. The fairies, pixies and human Grace believe there problems are over—until the arrival of their old nemesis, Aunt Diane. That's just the beginning of their troubles—trolls anyone?

The best place to find the majority of my published works, whether in ebook, print or audio is on my Amazon page: https://www.amazon.com/author/condadouglas