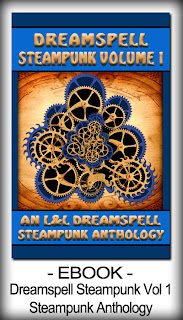 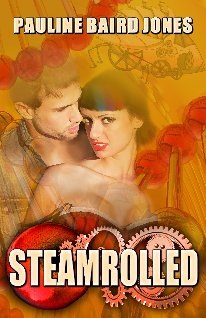 My special guest today is Pauline Baird Jones, sometimes known as Perilous Pauline:-) Welcome to the blog, Pauline.
We’d be fascinated to know more about you.
Hello, Susan. I started my adventures in writing in the last century, penning my first, full length novel during the first Gulf War. When I started looking for a publisher, New York was the only game in town, but something exciting was already starting to happen. By 1998, I was sick of trying to crack New York publishing and submitted PIG IN A PARK (now titled THE SPY WHO KISSED ME) to a small, digital-only publisher, one of only three dipping their toes into digital publishing. It was accepted and released in 1998. Following the release, I spent most of my promotion time trying to explain digital publishing, but the book did well with readers (yay and thanks, readers!).
It was the first digital-only release to be nominated for a ROMANTIC TIMES Reviewer’s Choice award. And my next novel, THE LAST ENEMY, was the first digital-only release to win a ROMANTIC TIMES Reviewer’s Choice award.
Congratulations on the success!

Thank you. Since then my novels have won two Epic Book Awards, two RT awards, a Dream Realm Award, a Bronze IPPY, and a Dorothy Parker Award—all without New York’s permission or attention. (grin)
Obviously, I’ve never liked being told there is one way to do anything, or that I can’t do something because “that’s just the way it is.” I took a lot of flack in my early publishing days from other authors and a few readers, but am happy to have been proved RIGHT that digital publishing is the best thing to happen to authors since, well, EVER. (grin)
Pauline, how many books have you written and in what genre(s)?
In May I released my 11th novel (STEAMROLLED) and my eighth short story (STEAM TIME available in the DREAMSPELL STEAMPUNK anthology). They are both parts of my connected series that I call Project Enterprise.
I write, or have written in science fiction romance, SFR/.steampunk romance, romantic suspense, action adventure, humorous romantic suspense and a lone gothic. I have three non-fiction writing handbooks, too.
11? Wow! You're not only perilous but also prolific.

What prompted you to switch genres from romantic suspense to science fiction romance and then steampunk?

I started writing romantic suspense, because that’s what I read, but I also loved the action adventure novels of Alastair Maclean. I almost didn’t notice that my RS books were trending more and more into A/A and then I did notice and thought, whoa, that’s interesting.
After some pondering, I decided I liked this trend and wanted to pursue it. My first A/A book was called OUT OF TIME. The transition from this WWII time travel to outer space, well, no question it’s a bit odd and at the time, I didn’t think I was writing SFR. I thought I was just writing another A/A novel.
When reviewers and readers started calling it SFR, it kind of freaked me out. I didn’t think I did science (based on my grades in high school, though now that I consider it, I got those grades because I was making up my science back then….) Looking back at my life, I might not have read a lot of SF or SFR until recently, but my viewing tastes trended that way. I started with THE JETSONS, and worked my way through LOST IN SPACE, STAR TREK….I even liked the lame SF shows like LAND OF THE GIANTS. While I’m not a total geek girl, I do have some geek creds. J
The steampunk move is much more straightforward. I read a fun steampunk novel and thought, wow, that would be fun to write. If I hadn’t written a semi-historical novel (OUT OF TIME) I might have balked at the research, but I had and my plan at the time was to write a short story. It turned into a novella (TANGLED IN TIME) that built a fun bridge to STEAMROLLED, which is also an SFR/steampunk mashup. You can’t imagine my thrill when a review said my “soft SF was plausible.” Take that, high school science teachers!

LOL! Tell us about your latest release.
About STEAMROLLED: With all of time at risk, it’s a bad time to fall in love…unless it’s the only time…
Robert Clementyne is going on a transmogrification machine hunt. He fears finding the machine will be as difficult as pronouncing the name. How can the steam-powered device perform as advertised, and how useful can any information be, coming from a steampunk themed bowling alley/museum?
It’s pretty crazy, but he’s been there, done that, and thinks he can handle it.

My very special guest today is Sylvia Dickey Smith, author of the Sidra Smart series. Sylvia, thank for coming over. Please tell us more about you.
Hi, Susan. Thanks for hosting me on your blog. I would like to say I’ve followed your work and celebrate your success.
Often, people ask me why my writing focuses on strong women. When I look back to understand that question myself, I think one of the most significant events leading to that was when—at 34—I moved to the Caribbean island nation of Trinidad & Tobago where my curiosity about the world took on a whole new dimension. Awed by the differences in customs and cultures, particularly as they related to West Indian women, I set out on a journey of study and self-discovery.
Back in the U.S. at 40, this same curiosity propelled me to start college and didn’t stop until I achieved a B.A. in sociology with a concentration in women’s studies and a master’s in counseling. This experience opened my eyes to missed potential—my own, and women in general. Over the years, much of my study, research, and pleasure reading has focused on the history of women and the effect patriarchy has had on such.
So, I suppose writing strong women was a natural progression.
Syvlia, how many books have you written?
I have four novels published, plus a cookbook.
My writing features women who recreate themselves into the people they want to be, strong women who take charge of their lives and get things done. (If you've met Sidra Smart or Bea Meade, you know what I mean.) The stories dwell on the wondrous twists and turns of human behavior rooted in my background as a counselor before I became a novelist. The tales are fun, sassy, and (according to my fans) darn good reads. I hope you like these kinds of books, too! I look forward to adding you and your readers as fans.
How do you develop characters?
Having a split personality comes in handy! The best way to describe how I develop my characters is to say that I “become” each character. I crawl inside their skin, feel what they feel, think what they think, look how they look, smell what they smell, believe what they believe, talk how they talk. The difficult part of that is remembering who I am when I step outside their bodies/minds/spirits!
Do you have specific techniques you use to develop the plot and stay on track?
I wish! My writing life would be so much easier if I did—but a lot less fun! I write organically. I start with a character, usually—but sometimes an idea—and head out. I discover my story much the way the story unfolds for the reader. The problem with that is it ends up requiring rewrites, plot corrections, new clues developed, and sometimes, even a new murderer for mysteries. When the person you think is the bad guy isn’t, then you have to go back and figure out who is and add new clues. However, my brain freezes when I sit down and try to outline.
How does your environment/upbringing color your writing?
I’d have to say that my environment and my upbringing IS the color of my writing! My life experiences have crossed a broad spectrum of life, exposing me to any number of people, faiths, races, abilities/disabilities, psychological health/ill health, climates, accents, behaviors—you name it.  Each gifts me with much to pick and choose from—or, perhaps I should say—gift my characters much to work with which to pick and choose from as they reveal themselves to me, and I, to my readers. It is indeed a fun journey!
Can you tell us about current or future projects?
I am so glad you asked! I’d love to. My current project is a novel called The Swamp Whisperer. It is the tale of:
An old woman with more curiosity than good sense.
This humorous yet serious tale of balance and imbalance is told through the eyes of a nosy old swamp woman who stumbles upon a plot to use ancestors of a cannibalistic Indian tribe to locate a long-abandoned silver mine, by whatever means necessary. Confused by the intermittent presence of a long-deceased, disembodied figure named Parahaia, and an old man named Shadrach who pleads she save the swamp from greedy treasure seekers, the swamp whisperer soon gets in over her head.
Where can folks learn more about your books and events, Sylvia?
Websites:      www.sylviadickeysmith.com     Email: sylvia@sylviadickeysmith.com
www.warofherown.com 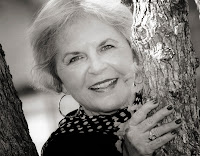 Blog:             www.writingstrongwomen.com
Sylvia, it's been a pleasure. Come back any time.
Thanks much, Susan. I look forward to hearing from your readers.
Posted by Susan Whitfield at 7:52 AM 4 comments: