Born in Milwaukee and educated in Boston, Theodore P. Druch went on to take a “higher” degree at Timothy Leary’s LSD commune at Millbrook, NY. He has written about this experience in a “true” novel, Timothy Leary and the Madmen of Millbrook.  He went on to become a general contractor in San Francisco, mostly remodeling old Victorian homes. At the age of fifty-eight, he and his partner, Maria Ruiz, chucked it all and ran away from home to see the world. They spent ten years traveling to fifty-two countries, and living in several for extended periods. In Puerto Vallarta, Mexico, he rekindled an old love of writing. He was an active member of the Puerto Vallarta Writer’s Group, and conducted a weekly workshop for serious authors. He was organizer and chairman for the 7th Annual PVWG International Writers Conference in February, 2012. He is currently living in Sacramento, California where he’s working on a series of detective novels featuring Joe Gold, a Jewish PI in the mold of Sam Spade.

Welcome to the blog, Theodore.
How many books have you written?

The Case of the Mayor’s Wife:
Joe Gold, a down and out PI, is approached by his ex-mistress with news that their daughter has been kidnapped. Thing is, she’s now married to the corrupt Mayor of Central City and he thinks the now 17 year-old girl is his. She also hasn’t told her husband because the kidnap is part of a blackmail plot against her and she doesn’t want him to know something. Before Joe can even begin investigating, he’s the victim of a knife attack and spends several days in the hospital. To top things off, before she can give him some important information, she herself is killed and Joe is left completely on his own without the vaguest idea of what to do next.
As he sorts it all out, he finds himself on a journey through the corrupt backwaters of Central City on the way to a surprise he never expected.

How much of yourself is hidden in the characters in the book?
Well, Joe Gold certainly has a lot of attitudes and thoughts that are mine, so he’s definitely an alter ego. We are also very different though. He gets himself into situations where I’d be hiding under the bed. Very Walter Mittyish, it would seem. I suppose that lots of other characters also spring from somewhere within my psyche or, at least, some of their behavior and thinking does.
In my case, I’m really trying to do homage to the great noir detective writing of people like Dashiell Hammet, Raymond Chandler and, in my lighter moments, Mickey Spillane, so I actually follow a tried and true formula that has more to do with familiarity than psychology. There are no new stories, only new twists - if I’m lucky enough to find them and tease them out of the narrative.
The toughest part is doing it without being obvious, so the reader wonders “why didn’t I think of that.” When all is said and done, putting one over on him is great fun but you’d better make him enjoy it too or he won’t buy your next book.
I also worry less about how much of myself is hidden in my characters than I do about how much is hidden within me.

I was living in Mexico, working with the Puerto Vallarta Writers Group when I started it. It was interrupted for some medical emergencies and a quick move to Sacramento that turned out to have saved my life.
Other than that, writing it, and three sequels so far, was a blast. The words came in a flash and it was the easiest writing I’ve ever done. If I was a believing man I’d say that I was being guided by the ghosts of the writers aforementioned. But I’m not, so I’ll just say I have no idea. Creativity cannot be quantitatively evaluated beyond the number of books you write. Or is it sell? I get confused. Quality is solely in the eye of the beholder.

So do you travel to do research or for inspiration?

My partner, Maria Ruiz, also an author, and I ran away from home in 1998 and spent the next 10 years traveling the world. After that, we settled in Puerto Vallarta for six years. It was certainly the inspiration for two travel books. Footprints on a Small Planet is about the three years we spent traveling Mexico and Central America by motor home.
The most interesting trip we took was an impromptu, month long journey in Africa, which we had to undertake to renew our Kenyan visas. We ended up visiting Victoria Falls, the Island of Zanzibar, and going on safari in the Serengeti. We had expected to be gone for a weekend. I’ve written about it all in African Odyssey.
We lived in Chiang Mai, Thailand for a year and a half. It’s one of the most fascinating and interesting places on the planet. Another place not to miss is Halong Bay near Hanoi, Vietnam. If you can arrange a boat on a nice, misty day, you’ll have the experience of your life as fantastically shaped mountains rise from the mists like ghosts as you sail along.
Anyone who truly wants to understand how lucky we are in the West must definitely spend three months in India. It’s truly a psychedelic place but give yourself about three months to come down afterward. Earplugs are advised and you must try to harden your heart to some the most abject misery on earth hidden behind a veil of brilliant color and motion, or you could go mad.

What do you think is the greatest lesson you’ve learned about writing so far? What
advice can you give new writers?

There are two things that I have found for sure. The more you write, the better you get. And when you write fiction, sooner or later your characters take over your story and you become just their hired pencil pusher. Eventually, you have to become ruthless or they’ll kick you around.
The best advice I can give new authors is have a good source of income that doesn’t depend on writing. My very best advice is make sure that your parents are fabulously wealthy and don’t care if you actually make any money at all. If they’re happy for you to sit around scribbling all day you’re in like Flynn. Just don’t write anything too true about them or you’ll find your word processor set up in some dingy little tenement room.

They’re all in my head. I tried keeping a notebook but it became apparent that a good idea just stayed. If I forgot about it, it probably wasn’t any good anyway. That, by the way is probably your most important job, recognizing the crap and being ruthless with it.

Now there I’ve been remiss. I don’t do anywhere near what “they” tell you to do, but I’m  just not convinced that promoting yourself endlessly on the internet isn’t more annoying to everyone else than lucrative for you.
I do have a blog, but I haven’t done much about updating it.
Blogs and websites are more important for authors who already have a considerable following. I know people who spend hours chatting on facebook and sell maybe $30 – 40 per month. Maria and I make regular rounds of retirement communities here and read from our books. We’ve made as much as $100, but that’s unusual.
It’s also worth trying to get people to review your book, but no one really pays much attention to those that have been paid for.
The sad truth is that it’s easier for a rich man to pass through the eye of a needle than for an unknown author to sell a book.
Unless you really love to write, you probably should not waste your time at it.

My immediate goal is to sell the next two books in the Pure Gold series. The Case of the Reluctant Vampire, and the Case of the Bigoted Blogger. They are being published shortly as ebooks by Stark Raving Books, a publisher of noir novellas, and I’m self-publishing the paperbacks on Amazon through Create Space.
At the same time, I’m starting work on a new one tentatively titled the Case of the Gregarious gringo that will bring Joe Gold to Puerto Vallarta. 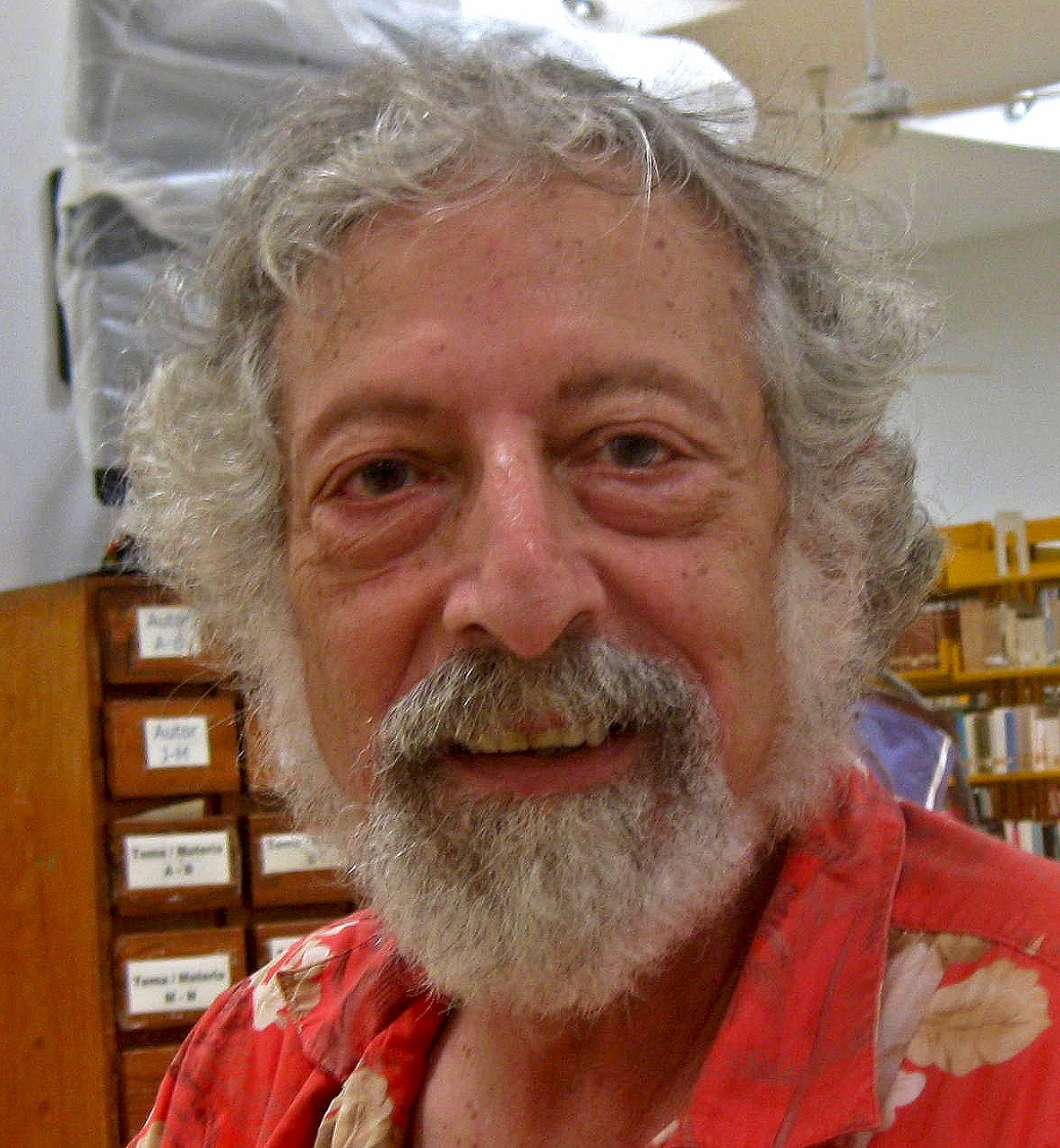