Michael Allen is my guest today.

Hi, Michael! I’d be fascinated to know more about you.
Hello, Susan. Thanks. 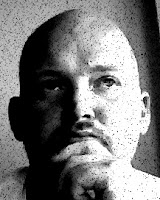 Where can folks learn more about your books and events?
I have an Author’s Page on Amazon.  Plus, I have my own book page too that talks about my books and links directly to their specific pages where anyone can learn more about them. As I schedule events, I’ll be sure to keep both of those pages updated.
Thank you Susan!  I appreciated stopping by and being given the chance to talk about my work.  I hope we can do it again sometime when I have something new for your readers to enjoy!

Absolutely. Keep in touch, Michael, and continued success!
Posted by Susan Whitfield at 8:00 AM 4 comments: