Get to know Ken Farmer 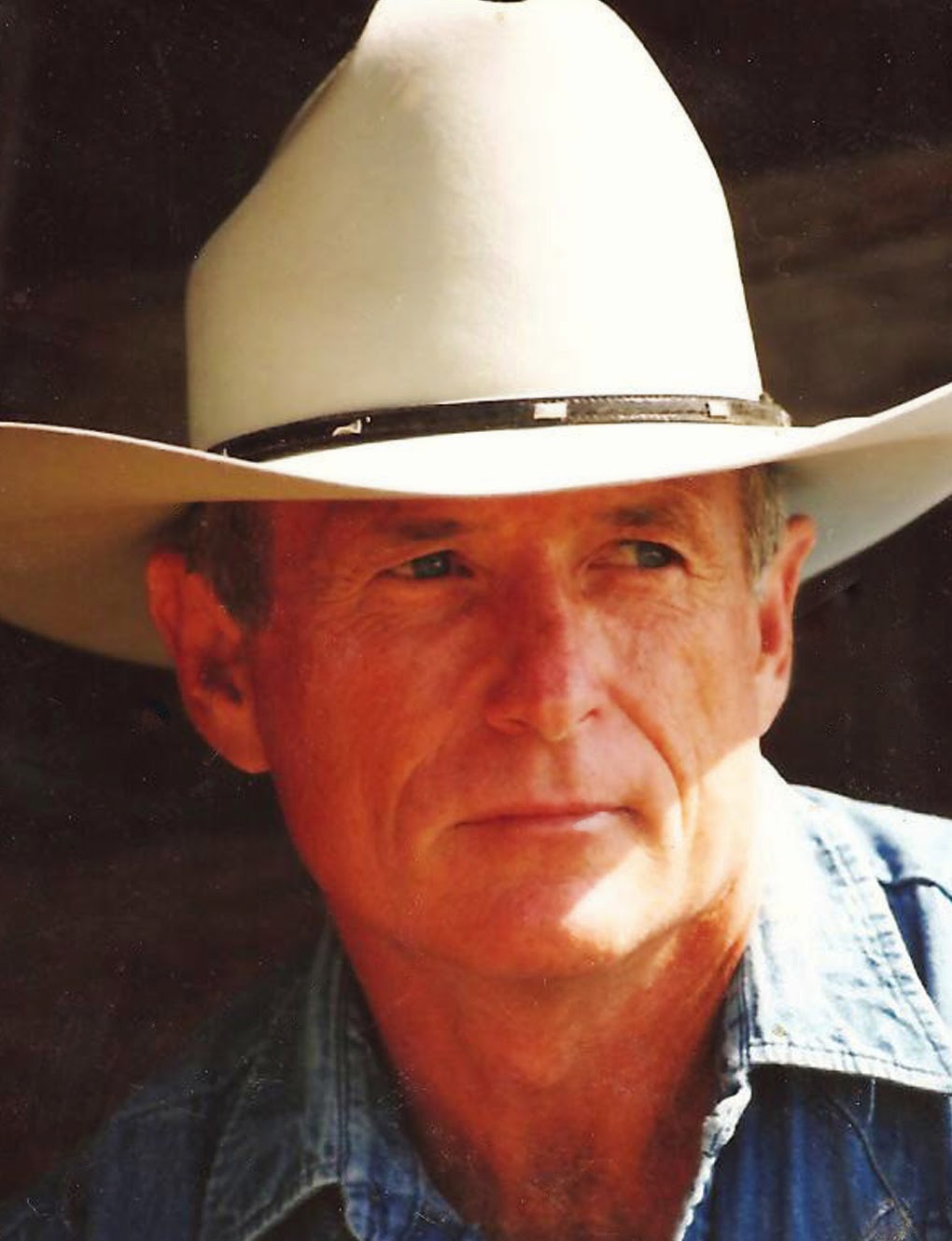 After proudly serving his country as a US Marine, Ken Farmer attended Stephen F. Austin State University on a full football scholarship, receiving his Bachelors Degree in Business and Speech & Drama. Ken quickly discovered his love for acting when he starred as a cowboy in a Dairy Queen commercial when he was raising registered Beefmaster cattle and Quarter Horses at his ranch in East Texas. Ken has over 41 years as a professional actor, with memorable roles Silverado, Friday Night Lights, The Newton Boys and Uncommon Valor. He was the spokesman for Wolf Brand Chili for eight years. Ken was a professional and celebrity Team Penner for over twenty years—twice penning at the National Finals—and participated in the Ben Johnson Pro-Celebrity Rodeos until Ben’s death in ‘96. Ken now lives near Gainesville, TX, where he continues to write novels, teach acting, writing and voice over.
Ken wrote a screenplay back in the '80s, The Tumbleweed Wagon. He and his writing partner, Buck Stienke adapted it to a historical fiction western, THE NATIONS—a Finalist for the Elmer Kelton Award. They released the sequel, HAUNTED FALLS—winner of the Laramie Award for Best Action Western, 2013—in June of 2013. HELL HOLE was the third in the Bass Reeves saga written by Ken alone. They just released the fourth in the series, ACROSS the RED.
Buck and Ken have completed twelve novels to date together including the westerns, six novels in the military action/techno genre and two in SyFy. Ken has also just started converting all of their novels to Audio...four down and eight more to go.

I don't pay much attention to my environment as long as it's private. I live about twelve miles from town on a five acre ranchette with my two horses, six dogs and one cat. I like privacy.

A total of thirteen...so far. One non-fiction (Acting is Storytelling) and the rest fiction.

Bass Reeves and the US Marshals Service team with the Texas Rangers to combat rustlers along the Red River. How good can it get?
Between the Indian Nations and Texas lies an area on the south side of the Red River that was once the winter camp for the likes of the notorious guerrillas, William Clarke Quantrill, Bloody Bill Anderson and later, the James Gang—known as Delaware Bend.
The same northeast portion of Cooke County, Texas in 1896 was the center of a massive rustling operation by the Red River Gang.
Texas Ranger Bodie Hickman enlists the aid of Deputy United States Marshals Bass Reeves and Jack McGann to go undercover to end this scourge once and for all.
But, the Red River Gang slaughters a sixteen man patrol of US Army soldiers to acquire a new weapon—a deadly Gatling Gun.
Bass and Jack add Marshal Brushy Bill Roberts and Chickasaw Lighthorse Osí Hommá and Bodie calls upon fellow Texas Ranger Walt Durbin, to bolster their forces against the gang.
Will it be enough when they have to face the awesome firepower of a ten barrel Gatling Gun? Who’s the mysterious person behind the massive rustling operation?
-336     Find out in the exciting fourth novel in the award winning and best selling Bass Reeves saga of The Nations—ACROSS the RED.

Ken, how much of yourself is hidden in the characters in the book?

I usually only weave my own personality into one...sometimes two of the characters. My background in acting has facilitated my ability to create widely disparate characters. It's really one of my greatest joys in writing.

Research. I write what I like to call, 'Faction'. Historical facts (as in the case of our westerns) blended with fiction. Let the reader figure out which is which.
Across the Red takes place mostly in and around Cooke County, Texas which has a great history in the days of the wild west. I recently discovered that an area of the county, Delaware Bend on the Red River was a real hot spot in the latter part of the nineteenth century. I say recently because it has been under Lake Texoma since 1946. During the mid to late 1800s, it was considered one of the top three most violent places in America.

Thank God for the Internet. The places I haven't been to, I research thoroughly on the net. Others, like Turner Falls—the primary location of our second western, the Laramie Award winning, Haunted Falls—I actually went to many times when I was in high school. It was only thirty-five miles north of my hometown of Gainesville, Texas.

I had an epiphany when I started recording my novels for the Audio Book market. It's amazing what you learn about your own writing when you say every thing out loud. Now I don't mean just recite it...I mean tell the story. I feel that doing audio books has greatly enhanced my writing and my writing has enhanced my storytelling. A win-win situation.

In my head. I'm a true pantser. I have more ideas floating around in my punkin than I'll ever be able to get to. Someone asked at a recent workshop I was teaching what I did about writer's block. I asked them: “What's that?”

Online, I'm on Face Book, of course, also I have a good presence on Linkedin, Twitter and the various writing associations...Westernfictioneers, Western Writers of America, Military Writers of America and so on.

Future...Keep writing and my newly found avenue...Audio Books. I also love teaching workshops. I'm currently doing a Voice Acting Workshop every two months. I'll probably do a couple of acting and writing workshops this year too.

All of my books are available in print and e formats worldwide and, to date, the four western novels are available in audio too. Working on the rest. The best place to see all of my books is on my Amazon Author page: http://www.amazon.com/Ken-Farmer/e/B0057OT3YI/ref=ntt_athr_dp_pel_pop_1 and the page link for my latest, ACROSS the RED is: www.tinyurl.com/AcrossRed 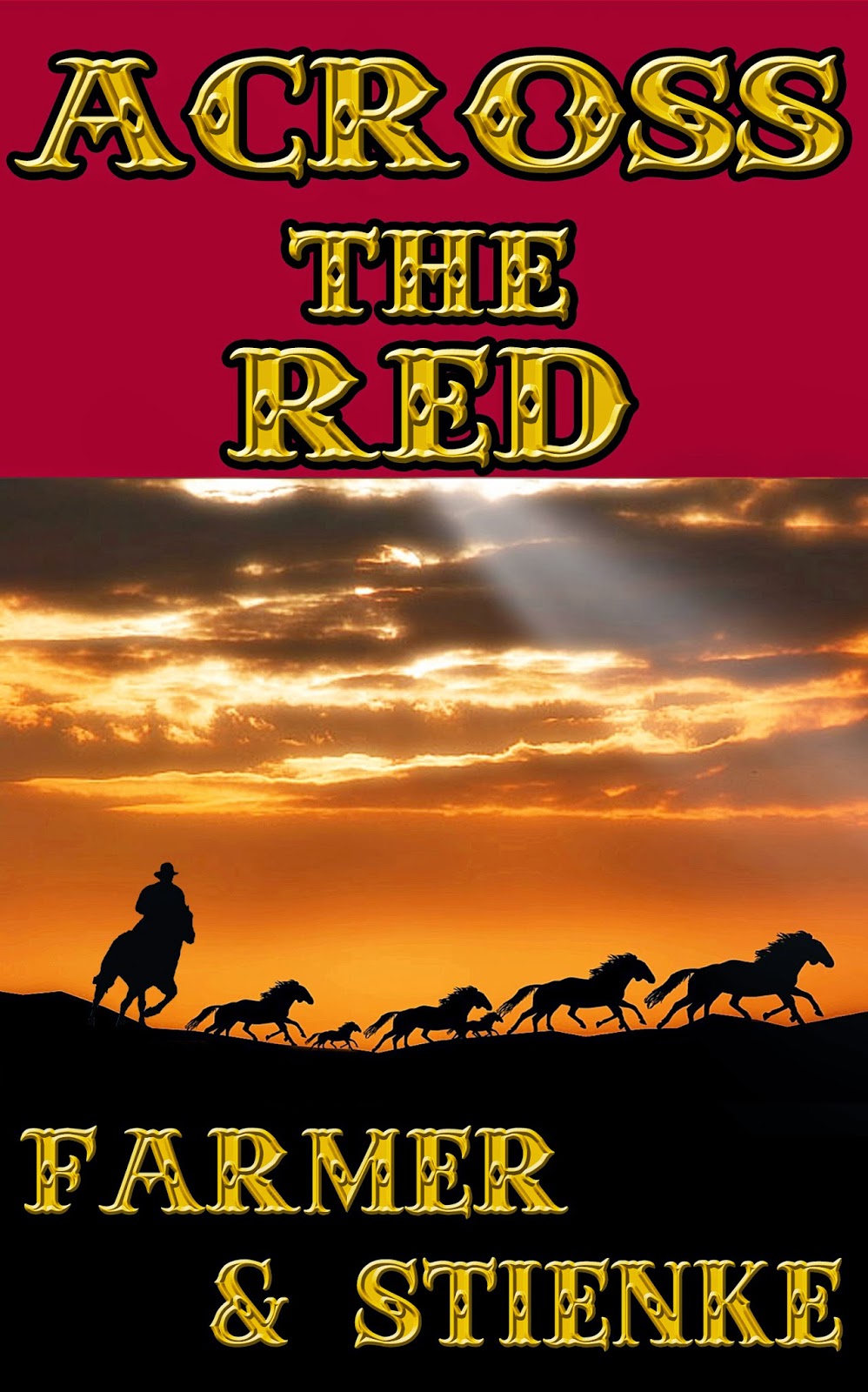 Thanks for taking time for the interview, Ken. I wish you the best in writing and acting endeavors!

Posted by Susan Whitfield at 8:00 AM 5 comments: