Arline Chase is something of a late-bloomer. She lives in the marsh with the mosquitoes and the muskrats. She writes some of everything and became a publisher when her own publisher became too ill to continue.

“Having a book with my name on the cover was my longtime dream.  When my first publisher, the woman who helped me fulfill that dream, asked me, I was honored to help keep her project alive. Connie Foster’s dream stayed alive as Write Words Inc./ebooksonthe.net and now I get to help others achieve their dreams as well.  Life doesn’t get much better than that.”

Welcome, Arline!
Where do you live, and how has your environment affected your writing?

I live on the Eastern Shore of Maryland’s Chesapeake Bay. My people were island people. My environment and family history has affected most of my books. My Collection, THE DROWNED LAND, won the Governor’s Award in Maryland and my Novel, KILLRAVEN, is set locally and remains the favorite of most of my readers. Although Killraven Island is a fictional environment, the characters who live there and their cultural heritage are depicted accurately.

A dozen Novellas; one Short Story Collection; 4 nonfiction books; and 5 novels: KILLRAVEN, GHOST DANCER, SPIRIT OF EARTH, SPIRIT OF FIRE, and SPIRIT OF WIND. The Spirit Series are mysteries and feature a Baltimore police detective and his psychic younger sister.

Give a short synop of your favorite book.

Since KILLRAVEN has proven the favorite, and is loosely based on family history, if I have to pick one to feature, I think it has to be that one.

Set in the 1890s, KILLRAVEN is the story of Hope Voeschell, a young woman brought up in a cult that believes in non-violence, and DeCoursey Rogers a man who has known violence first hand, and what happens when an isolated peaceful community is confronted with a murderer. Killraven is a fictional Chesapeake Bay island, an isolated place, rich in the traditions of its independent people. The novel is based in part on characters that originally appeared in the award-winning short story collection, THE DROWNED LAND.

Well Hope (not her real name) goes back five generations in my family. She is a legend to all her descendents and was known all her life as a woman of strong character. People have also said that of me, though whether it is justified, I really can’t say.
Do your characters take on a life of their own?

Absolutely.  They go and do what pleases them and I am left to watch and wonder.

Which is your favorite?

I have a few fleeting memories of the real Hope Voeschell, who died when I was three or four.  I never knew her as an adult, except through the family stories handed down about her. But by the time I had written her book, she was very real to me.

I knew my story’s beginning, middle, and end. I knew my setting. But I didn’t know how to write well enough to bring off a work of that length. It took me seven years to achieve a novel length draft I felt came close to “the book in my head.” And ever after that I have had to explain it to relatives who remembered a “different version.”

Critics complained that “there are too many widows” in the book. But island men worked the water, a dangerous occupation, and left many widows behind. So although folks suggested I combine those characters and have only one widow, all three remained and all have very different personalities, so I felt they couldn’t take on each other’s plot turns. Critics have also complained that the book is “more like a TV series” than a novel. And I suppose it is true that the island is a character in and of itself.

I have traveled some, but mostly I write about home. I did do a lot of research for GHOST DANCER, because it is set in Montana. I had never been to Montana, a fact I mentioned to my then-agent. “No one alive now has been to Montana in 1890, Arline,” she pointed out. “Just write the da---- book!” She had a hot new publisher and knew she could sell it if I could finish it in 90 days.  Well five year later, when I actually finished the book, the agent had forgotten my name and the Hot New Publisher had sunk without a trace. But I had learned a lot about Montana, the Piegan, and the Great Northern Railroad, so it wasn’t a total loss.

Don’t pay any attention to all the people who think you can’t do it. There are plenty of folks who will always say, “You can’t.” My own mother’s reaction to the fact that I meant to write a book was, “People like us don’t write BOOKS!”

But I started with short stores and kept on writing them eventually the books came, too. I say, if you want to do something, do it!  Practice your craft and hone your skills. And do all you can to learn what you need to know.  Keep at it. Never let others trample on your dreams.

I used to keep a notebook. Then I learned that the good ideas will come back and nag you until they get written, whether you keep an idea file or not.

I spend more time these days publishing other writer’s work than in writing and promoting my own. And thank you, Susan, for this opportunity to talk about my work.  I post about my own and other author’s books regularly on Facebook, and I, too, do have a blog at:

I love historical/mysteries and probably will continue to write them.  There is at least one more installment of the Spirit Series to be completed.

On my company’s publisher web site: 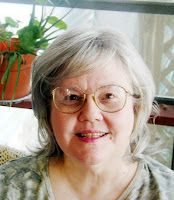 and on my blog, mentioned above.

I am easy to find on Facebook, too, as I am the only Arline Chase in Cambridge, MD. I welcome all who love books among my friends.

They are all on my own web site and also on amazon.com at the following links: